That’s the contention of archaeologist Jim Leary, who leads an excavation of an ancient “henge” (circle) in the UK in the Avebury/Stonehenge region that in its day was ten times the size of Stonehenge, not far away, as quoted in National Geographic.

“It was insane, utterly unsustainable,” says Leary. “We tend to think of people during the Neolithic as somehow being at one with their environment, but they appear to have been just as bad as we are. They were clearing, felling, digging, and consuming their environment at an unsustainable rate in building these huge projects.” 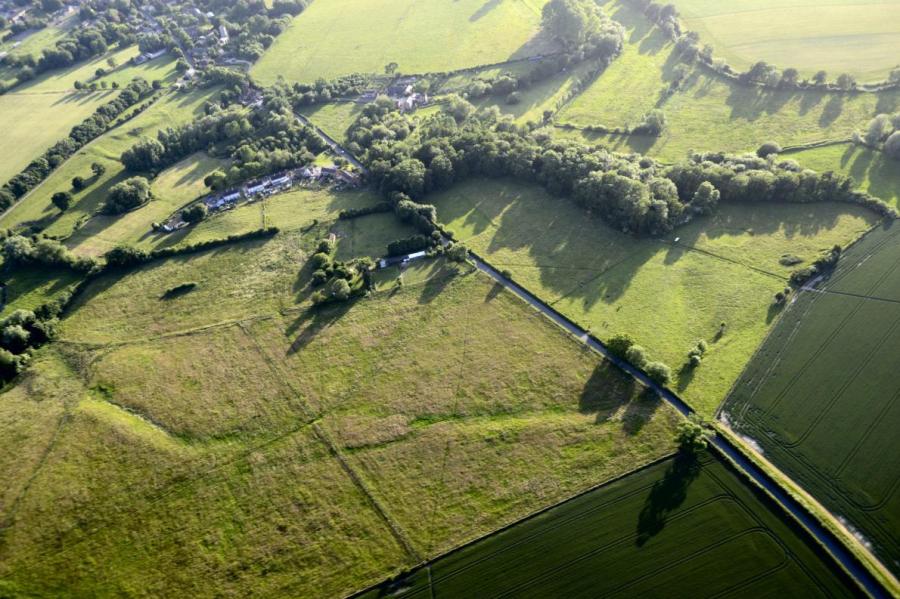 The ripples in the field indicate the line of the original wall. Great story. Raises the question — what should we think of this? The more things change, the more they stay the same?

Or is it a little bit reassuring, to know that each human society becomes as monumental as possible, each in its own way, before the fall?