A friend sent along an amazing and heartening story from the Washington Post, called Decoding the Redwoods. In short, to better understand the long-lived coast redwood, scientists in two different labs have been working to decode the species’ genome, which — astonishingly — is vastly larger than ours.

The redwood genome project began in April 2017, when a sample was taken from an old-growth redwood in Butano State Park, about an hour’s drive north in San Mateo County. The tree’s exact location is kept secret to prevent overzealous tourism.

Two labs — one at the University of California at Davis, the other at Johns Hopkins University in Baltimore — began work on identifying the tree’s genetic makeup. The science is complex and time-consuming. A human has 3 billion “base pairs” of DNA on its chromosomes; a redwood has 38 billion.

More DNA is not necessarily better in genomics — for one, more can go wrong. Scientists don’t yet understand why the redwood has not paid a price for the vastness of its genome.

Mostly this research, funded by Save the Redwoods, aims to better understand these extraordinary trees, and how best to encourage their survival. But according to Steven Salzberg of John Hopkins, there are other possibilities — compelling ones.

“On a pretty routine basis, we learn about our own biology by studying the genetics of others,” he said. “I’m not saying we will in this case, but redwoods do live a fantastically long life, and it would be fascinating to discover why.”

The colossally large genome also hints at the astonishing resilence of these ancient trees. In my own back yard, after the Thomas Fire completely torched several redwood trees, including one that looks entirely black from burn, I found this yesterday. 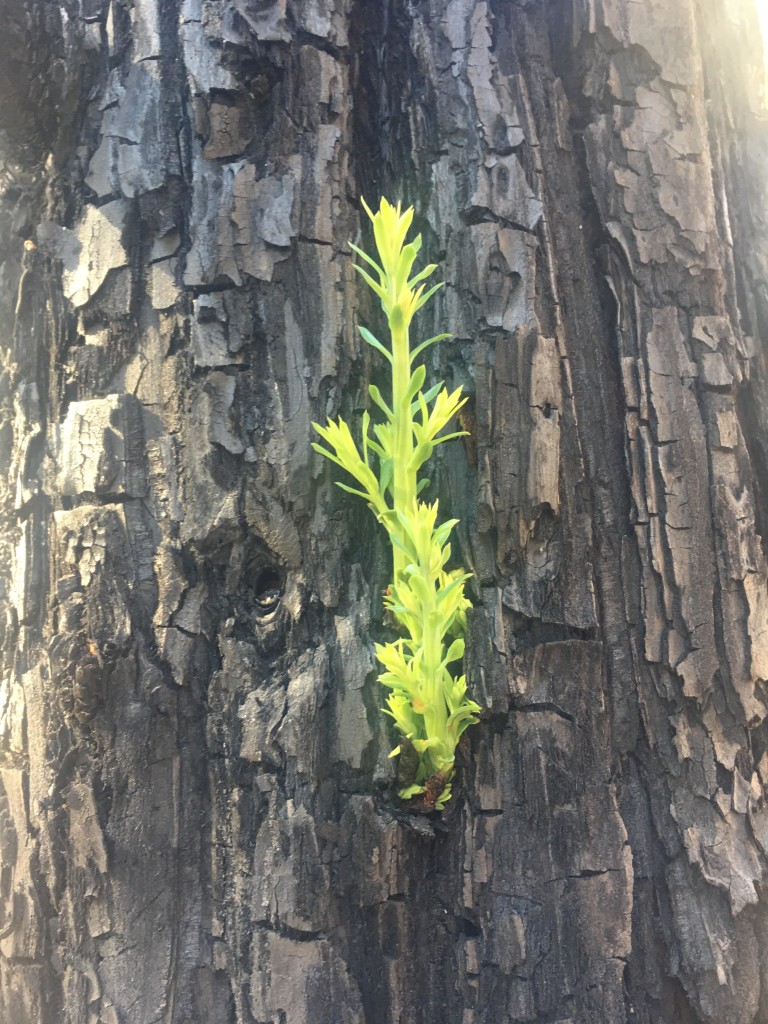