On the eve of the last State of the Union address to be delivered by President Obama, Jonathan Chait of New York magazine points out how little love he gets from those who elected him.

Here is one of the oddities of the last seven years. Barack Obama won a clear majority in both his election and his reelection, fulfilled most of his policy goals as president, is presiding over a solid economic recovery, and has avoided any real scandal (i.e., one that exists outside the opposition fever swamps). Yet his approval ratings have consistently trailed his vote percentages. More than half of the electorate voted for him twice, but well under half approves of his job performance. Despite the fact that he accomplished what he said he would, Obama quickly lost a chunk of the public that voted for him, and has never won them back.

It’s genuinely puzzling. In Politico, a middle-of-the-road D.C. publication that works hard to avoid being captured by either side, Michael Grunwald argues that the Obama administration has been far more successful in implementing its agenda that people realize — even the right.

Over the past seven years, Americans have heard an awful lot about Barack Obama and his presidency, but the actual substance of his domestic policies and their impact on the country remain poorly understood. He has engineered quite a few quiet revolutions—and some of his louder revolutions are shaking up the status quo in quiet ways. Obama is often dinged for failing to deliver on the hope-and-change rhetoric that inspired so many voters during his ascent to the presidency. But a review of his record shows that the Obama era has produced much more sweeping change than most of his supporters or detractors realize.

Grunwald cites a half-dozen administrative measures — for example, regarding washing machines and air conditioners — of huge consequence, as well as some obscure laws that he says really are BFDs.

Here’s what struck me: the elegance of Obama’s rhetoric. It goes down so easy, we forget how rare this gift.

Last night, Obama took on climate change denial, and opened the topic so adeptly that even though he never mentioned the word climate, people knew exactly what he meant. You could hear Congress “get it,” and you could hear people digging it, the metaphorical power of the idea. 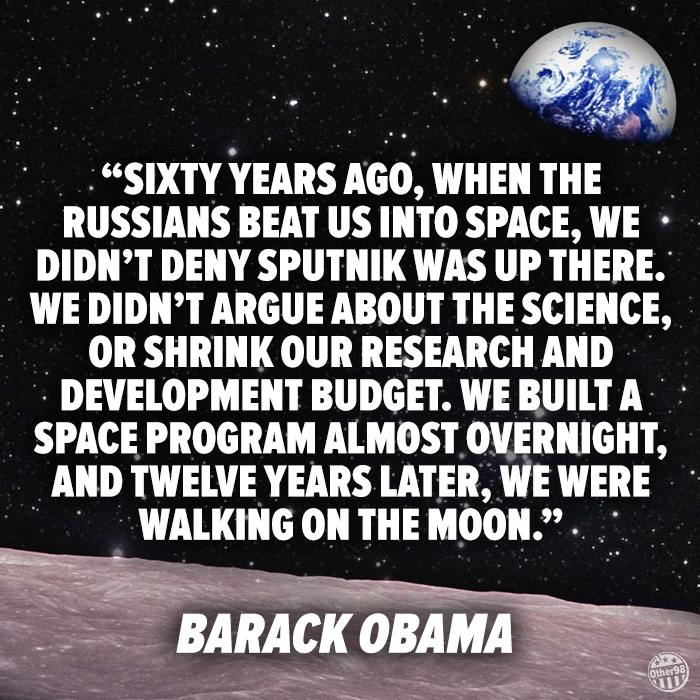 We’re going to miss Barack when he’s gone, folks. Especially if it’s Donald Trump giving one of his YUGE speeches. (Courtesy of Hanah Ho, a funny volunteer with the Clinton campaign.)

One thought on “Obama: Hated by the GOP, taken for granted by Dems”