Charlie Sykes, a popular and sane host of a right-wing talk show called Right Wisconsin, a man who declared his opposition to Trump early in the campaign, just penned an editorial in Politico that warns that the “Alt-Reality” media attack/denial machine will be “emboldened” by President-Elect Trump’s victory.

As Trump slouched toward the nomination he was backed by a conservative media that had successfully created an alternative reality bubble around his candidacy. When Trump claimed that “thousands” of Muslims in New Jersey had celebrated the attacks on 9/11, for instance, callers to my show lined up to provide supporting evidence the only source of which was an echo chamber of partisan bloggers; listeners chimed in with evidence they had seen on Facebook linking Ted Cruz’ father to the JFK assassination.

Sykes is talking about a problem for the conservative media (such as himself) that opposed Trump, but he quickly adds that the problem will be even worse for the mainstream media.

For years, Rush Limbaugh has gibed about what he calls the “state-controlled media”—the fawning liberal news outlets that Limbaugh has long decried for their lack of critical coverage of President Obama—but we may be about to see what one actually looks like—an alt-reality news outlet operating from within 1600 Pennsylvania Ave. The new media will not only provide propaganda cover for the administration, but also direct the fire of a loose confederation of conservative outlets against critics and dissenters. Already, Fox’s Sean Hannity has urged Trump to freeze out the mainstream media and talk directly to the nation.

Worse, Sykes — who was vilified by Trump followers for his lack of faith — warns of “counter-narratives” to be launched by conspiracy theorists such as Alex Jones and alt-right warriors such as Breitbart, run by Trump’s newly named chief advisor. Such as denying global warming for example — as in a post this week from Brietbart. Also known as lies and lying.

The headline says it all. No need to read it in the original German.

So the battle lines are drawn: the Trumpers will deny NASA data on global warming, using “politcally correct environmental monitoring‘ as an excuse to defund the agency, according to his science advisor Bob Walker.

Even as the Arctic is 36 degrees above normal in November (not reflected in this graph of a couple of years ago).

Which is more terrifying: the lying of the Alt-Right or a physical reality our species has never experienced? 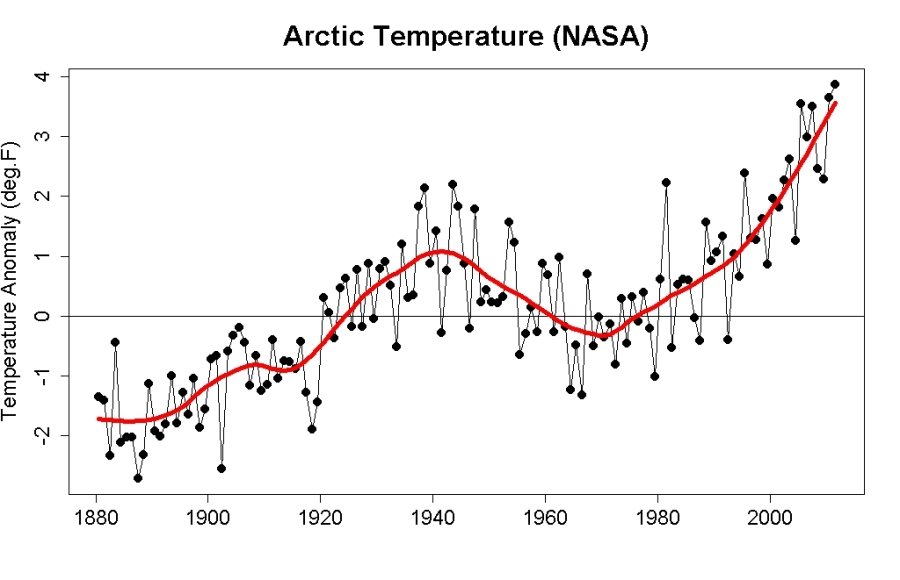